Why do we still vote for parties
in which we have no say?

Every 4 years we go to the polls and leave almost all of our political influence in the box. In other words:

We hand out a BLANK CHECK to our politicians for 4 years.

implementation of a few election promises, non-compliance with others ++ patronizing voters ++ lobbyists influence politicians ++ backroom deals ++ no representation of the middle and lower classes ++ some decisions against the majority of the population ++ ignoring many important issues ++ organized irresponsibility ++ increasing funds for parliamentarians / parties etc. ++ good jobs for some former politicians ++ governing on a 4-year horizon until the next election ++ focus on re-election 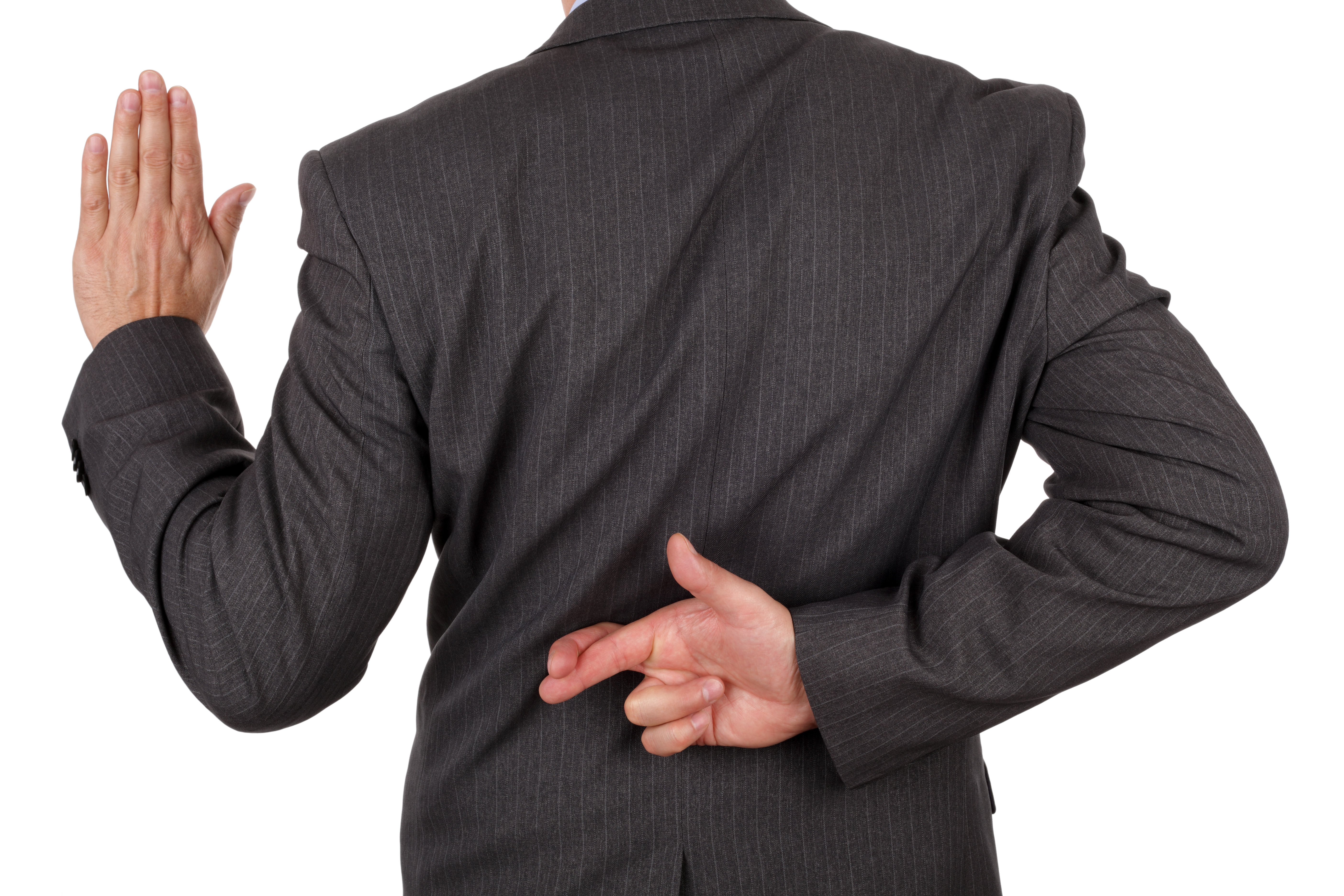 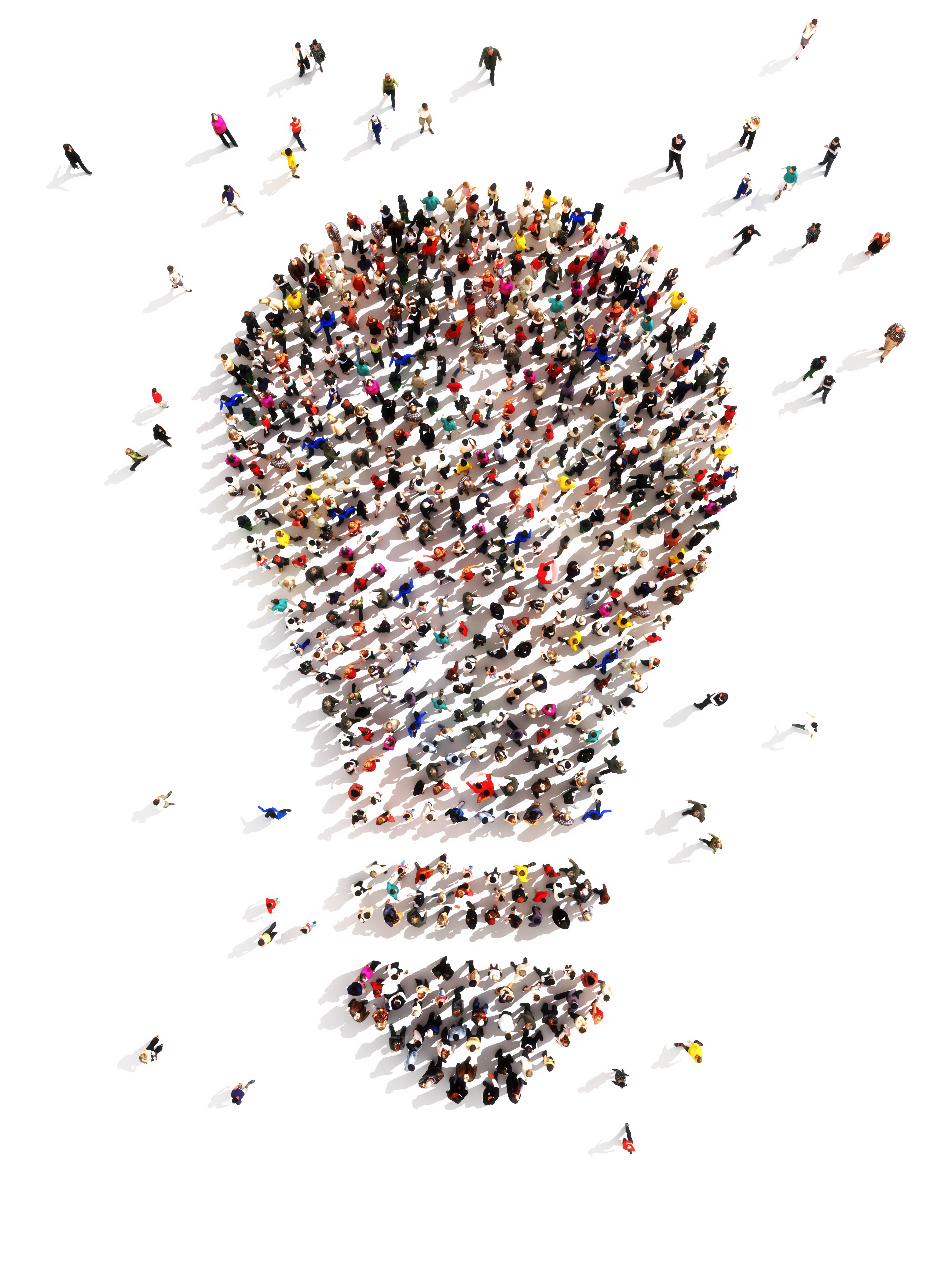 For politics to again represent the voters, it must receive a corrective and allow new ideas. Representative democracy must be complemented by direct democratic elements.

In order to achieve this upgrade of democracy quickly and to the necessary extent, we need a new parliamentary force to advocate this upgrade. We need a new party that offers efficient grassroots democratic codetermination with transparent processes.

This new party will represent its members as proxies and will cast their votes 1:1.

How would this look more specifically?

A Sketch of the new Party

The Proxy Party is organized as grassroots democracy. Members can not only participate in discussions, but also "take over the vote" with 5%. The resolutions of the members are introduced 1:1 into parliament.

Party officials are governed by the Core Program and the Extended Program. They have the appropriate powers and act efficiently. If the members do not agree with their pre communicated decision, they can demand a decision at the member base level at any time.

To make good decisions, the facts, cause-effect relationships and expected effects must be presented as well balanced as possible. Data must be checked. Voting on topics may not only be the casting of votes, but must also include a deliberation. The process must have safeguards and be transparent.

Core Program of the Party

At its core, the Proxy Party focuses on the two topics "Democracy" and "Transparency". These form the concrete ground rules and goals to upgrade democracy. It lives these values in word and deed and thus earns the trust of the population.

Building on the core issues that will make the new party possible in the first place, the members will jointly develop further issues. The members will concentrate on commonalities, for which everyone can vouch. If a pre-determined degree of agreement is reached, the topic is included in the extended party program.

The Proxy Party advocates the extension of its lived values democracy and transparency in all politics and all public institutions. The positive example puts the existing parties under positive democratic pressure. It is difficult to explain why co-determination is not possible if it works well elsewhere. 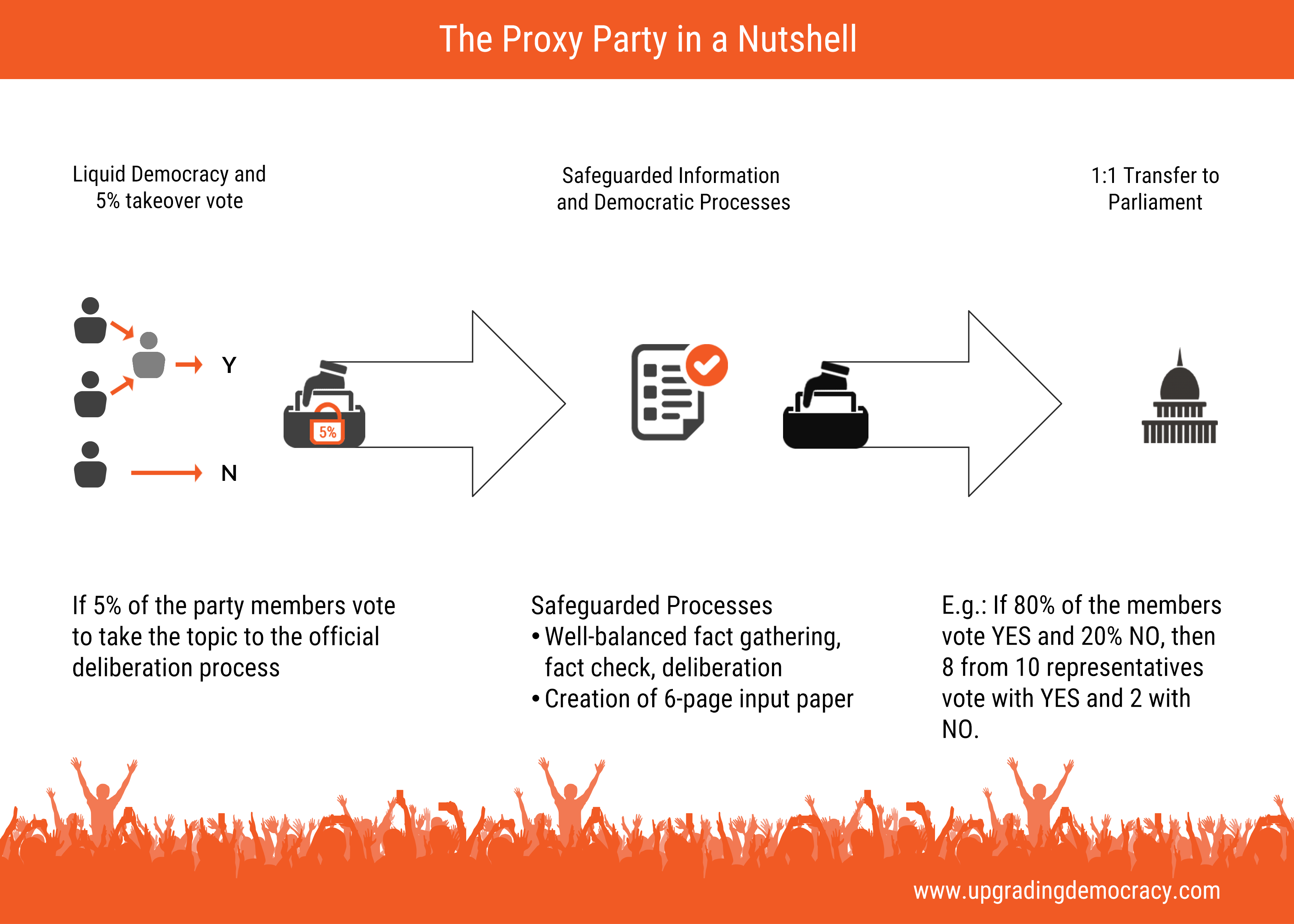 "We are 21st century citizens doing our very best
to interact with 19th century designed institutions
built with an information technology of the 15th century." 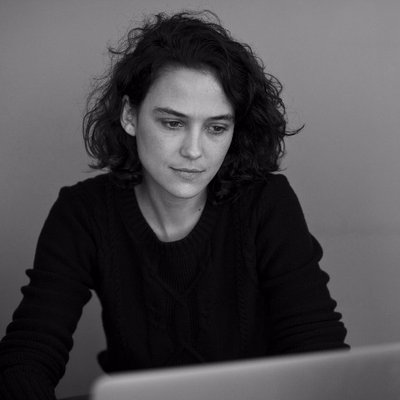 PIA MANCINI Co Founder Open Collective and Democracy Earth, TED Speaker
"Democracy is being allowed to vote for the candidate you dislike the least."